expungement from weed? Millions of people worldwide are facing cannabis-related charges since different states have legalized it for medical purposes. What’s more, especially after passing decriminalization laws. These charges can have a long-term negative effect on people’s lives because criminal records are in the public domain. Employment, education, and other opportunities are at a limit due to this convection or arrests. However, Since this problem is getting serious, many states are willing to expunge these records. This move will be beneficial for the people because they will move forward without facing any difficulties due to their criminal records. We will discuss the ways expungement may help people repair damage caused by the war on drugs.

The difference between a sealed record and Expunge?

expungement from weed? There are so many differences between these two terms, although people often use them in the same context. Expungement means to remove the criminal record from the public domain as it never existed. The Record’s sealed and removed from the public domain. People who conduct background checks can no longer access these records. Although the records cannot disappear or destroy completely, one can access them through a court order. Nevertheless, this gives it the term ‘sealing the record.’

Expunged takes place on both local and state levels. However, the requirements of both jurisdictions are different as far as eligibility for expungement is concerned. Many times, a few criminal convictions allowed by the states to mandate expungement. Nevertheless, the procedure is to take care of by the local government. The process of expungement at the federal level is not standard, and there is no federal statute to govern it.

Generally speaking, this law helps to clear the record of those convicted of an offense if it no longer a crime. However, the criteria of charges eligible for clearance differ from state to state. Few states grant this benefit to only small-scale charges. In contrast, few states grant more significant charges removed as far as cannabis is concerned.

Procedure to clear a record:

This procedure is expensive, time-taking and a little bit complex. Every jurisdiction carries a different process to implement expungement orders but a few basic steps apply to every proceeding. There is no option of automated expungement. The person who has a cannabis record must apply a petition to remove the record. For that, he/she needs to fill up an application form to the relevant court.

Many lawyers work as expungement specialists. People hire them because of complicated applications. Many other documents need to be taking care of. After filing the petition, the judge reviews the application and takes his decision instantly or requests a court for further hearing. The judge then issues an expungement order to destroy the record.

To undo the damage caused by the war on drugs and remove the cannabis-related charges from an individual’s life, the step of expungement is necessary. However, there is a section of society that thinks the only expungement is not enough.

Automatic expungement takes place when a state passes a law to clear specific criminal charges against individuals. It shifts the government’s burden and makes sure that regardless of color, caste, creed, and income, every individual’s criminal record removed. This process also saves the money of the individuals because it can cost them thousands of dollars.

Another issue is that many people are unaware that they qualify for expungement. Because all arrests document on one’s rap sheet, regardless of whether it led to a conviction or not, many are eligible for expungement. However, they are unaware that they even have a criminal record. Automatic expungement addresses both the information and monetary barriers that prevent individuals from having their cannabis-related records clear.

Technology has helped the expungement process a lot on both the state government and local level because it increased the efficiency of the whole procedure. Not to mention, the employees who are to carry this procedure are less burdened. There is no need to review every individual’s record now. Records can be clear in seconds because technology programs do it instantly.

The number of people affected by cannabis
Expungement laws:

Millions of people are taking benefits from this expungement law to make their lives easier by removing their cannabis-related charges. Unfortunately, the majority of states still do not have this expungement law. This law helps both individuals and government relive the damage done to the people having cannabis-related charges to live a normal life.

50 shades of legal: An overview of cannabis legislation

Cannabis plants used for papers, textiles, and clinical purposes for a long time. 1913 was when different states started banning marijuana. However, the year 1937 was most important when laws to ban marijuana across the country got underway. Until 1970, weed was a dangerous substance to use even for medical purposes. However, nowadays, it is easy to have it in different states.

Till now it is illegal to use it on a national level. Cannabis legislation can categorize into three parts; decriminalization, recreational legislation, and medical legislation.

expungement from weed? The reduction of criminal charges and penalties for the possession and usage of cannabis also known as cannabis decriminalization. Nevertheless, it does not make it legal to buy it, sell it, or have it. If someone found with a small quantity of weed with no purpose of selling it, they cannot come under prosecution by the state. Decriminalization is to inform law enforcement agencies that possession of cannabis is no longer a priority. It can be helpful to drop the arrest rate down. At the beginning of 1973, states started reducing criminal penalties for having marijuana in small quantities. In the year 2019, The Marijuana Opportunity Reinvestment and Expungement (MORE) Act began. Many organizations work to take marijuana down from the list of illegal drugs at the federal level.

Patients who have a certain medical condition can access the marijuana plant. the first state allowing medical marijuana started in New Mexico recognized back in 1978. New Mexico allowed patients with glaucoma and cancer. It was a part of a research process, changing laws in Mexico.

Usage of cannabis which has been made legal to use by adults is known as recreational legislation. It does not matter if adults have some kind of medical ground to use it or not. expungement from weed? Recreational legislation makes it easy to purchase it as easily as you can buy alcohol. But an individual can buy only a certain quantity of it.

Till 2020 adult use of marijuana is legal in 11 states. allowing Adults to buy it rather they can grow their own three to twelve plants anywhere for personal use. Not to mention, the state allows adults to use it publicly. Even weed is becoming legal in many states. 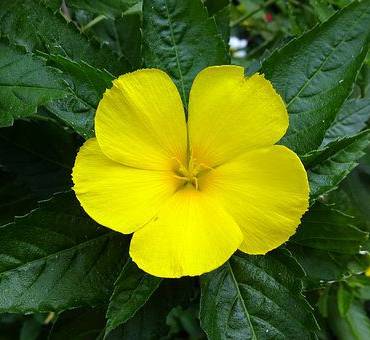