The State Of Cannabis Research In The United States

Cannabis Research of United States. Cannabis is a wide unaccepted topic among us. People cannot decide to take part when cannabis-related research takes place. Lack of education might be one of the reasons behind it. In August 2016 when the United States Drug Enforcement Agency refused a petition to reclassify cannabis. It was the third time when DEA rejected such a petition. The Food and Drug Administration played its role in rejecting the petition. The FDA believed that there is no such valid evidence to support the opinion that the use of cannabis for medical purposes is safe.

However, the National Academies of Sciences, Engineering, and Medicine gave tremendous support to cannabis for its medical purposes. Experts in the NASEM team reported since 1999, nearly 10,000 studies conducted on humans as far as the benefits of cannabis in the medical field concern.

Medicinal use of Cannabis:

Cannabis Research of the United States indicates Cannabis undoubtedly has therapeutic effects. Cannabinoids specifically have an antiemetic effect on people. These people are suffering from chemotherapy-induced nausea and vomiting. People feel instant relief from pain when they take cannabis. For people who are suffering from multiple sclerosis, cannabis also helps to improve muscle spasms.

These are few medical conditions in which cannabis plays a vital role in minimizing the pains. However, there is no evidence that cannabis heals other medical conditions also. Nevertheless, the Good news is that CBD oil might soon be legal to use for pediatric epilepsy.

The risks of smoking Weed:

NASEM also explains some of the other risks while using cannabis. Smoking can never be recommended for pregnant women. Apart from all benefits, the idea of smoking cannabis can never be a positive thing in adults. It may cause many problems in the lives of adults.

Unfortunately, conducting cannabis research is unnecessarily tricky and nearly impossible. One needs approval from the FDA for a clinical trial and a license to conduct any research regarding cannabis. All this process takes a long time. FDA and DEA have no specific requirements to grant a license to the researcher. NIDA is the only body they allow to grow cannabis for research purposes. Even in the states where cannabis is legal, no one can provide cannabis to researchers and scientists. They class it as trafficking if people do so.

Will there ever be extensive research carried out based on weed?

Because NIDA has a monopoly in this field, unnecessary research delays are a regular thing, which is unfortunate. The most disappointing thing is that the potency of the cannabis provided by NIDA is low in THA and CBD percentage. This is also disappointing that there is no legal source to provide cannabis for large-scale phase 3 clinical trials. Current law allows researchers to complete phase 2 only. Furthermore, without having a phase 3 trial, the FDA will never have the evidence it needs to approve rescheduling cannabis.

Body An introduction to cannabis and your body:

What Is A Tolerance Break And When Are They Used? 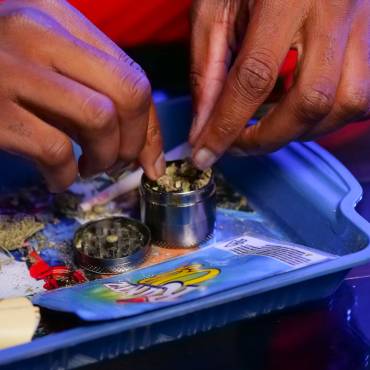 What Is Greening Out?