Clinical endocannabinoid deficiency: When does it happen and why?

Clinical endocannabinoid deficiency. In brief, when we talk about modern medicines, medical science has advanced, but still, there are mysterious areas when it comes to the treatment and cause of them. Also, Irritable bowel syndrome and fibromyalgia are such areas. No lab test can let you know if you still have the symptom.

What is clinical endocannabinoid deficiency?

The Endocannabinoid system is responsible for maintaining balance in the human body. But the question is, what happens when this system starts to dysregulate?

If the function of the endocannabinoid system is to decrease, it would likely lower the pain threshold. This is exactly what we see in the conditions that originate with CED, such as migraine, fibromyalgia, and irritable bowel syndrome (IBS).

“These disorders actually have a lot in common. They’re all that are called diagnoses of exclusion. This is a way of saying that there are no specific tests for them. You can’t scan for them, you can’t do blood tests for them, but they all involve a sort of hypersensitivity to pain,” Dr Russo said on the Cannabis Enigma podcast. “In the case of migraine, it’s headaches, but also painful stimuli such as noise and bright light. For irritable bowel, it’s an acute awareness of the gut and phenomena that normally don’t hurt are quite painful to people with that condition. And with fibromyalgia, you’ve got a generalized often increase in pain sensitivity on certain muscles or fibrous tissues may hurt to a great extent, but examining the tissue reveals no specific problem to explain it.”

IBS is also referred to as a spastic colon. IBS features gastrointestinal pain, spasm, discomfort and altering bowel movements. Sometimes irregular eating habits can trigger this. Also, IBS directly associates with anxiety. Furthermore, IBS is affecting more than 15% of the population of the world.

One opinion is that CED might be the cause of it. More recently, discovering that the GI tract is intimately related to the ECS, with the ECS modulating functions like GI propulsion, secretion, and inflammation in the gut. People have been using cannabis for GI problems since long time. Using it for cholera for the first time back in 19th century. Nowadays, a number of patients use it to claim that cannabis is effective. But this area still need research.

15% of the world’s population et affected by migraines. Women suffer from migraines more than men do. Nausea, sensitivity to sound and light are a few of the conditions of it. Migraines are the most painful pain to stand with.

So why do scientists like Russo believe migraines might be connected to CED imbalance? People have been using cannabis to treat migraines for a long time, and modern surveys have shown that cannabis can significantly reduce migraine frequency. In one survey, 85.1% of those who used cannabis for migraines had decreased migraine frequency, diminishing from 10.4 to 4.6 attacks per month on average.

Fibromyalgia is a condition in which the whole body feels pain due to exertion. It associates with depression, anxiety and sleep disorder. Research has been conducted, but no research proved to be helpful to determine the basic cause of it. Russo points to a few different pieces of evidence that fibromyalgia is related to CED. For one, like the other potential CED conditions, it associates with sensitivity to pain. Observing this sensitivity in cases with decreasing endocannabinoid function in the spinal cord. Noting that endocannabinoids actually reduce pain sensitivity. So, reduced endocannabinoid functioning is a good guess as to why fibromyalgia patients experience this heightened sense of pain.

Recommended you also read: Terpenes And The Entourage Effect 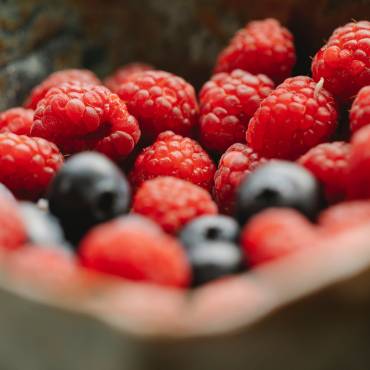